Chelsea 2-0 Hull City: Costa back with a bang for Blues 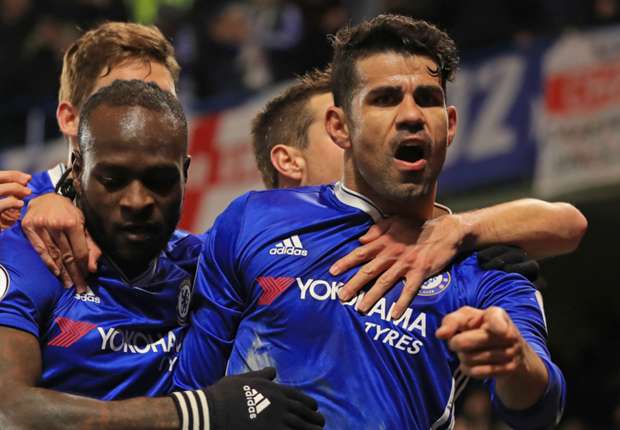 The Spain international was returned to the starting XI and opened the scoring, with Gary Cahill’s second sending the hosts eight points clear

Diego Costa returned to the Chelsea fold with a bang as his 15th Premier League goal of the season and a late header from Gary Cahill saw off a feisty Hull City 2-0.

Costa missed last weekend’s 3-0 win at Leicester City with a back injury amid intense speculation of a falling-out with head coach Antonio Conte, but the Italian clearly held no grudge, with his star striker immediately back in the team to make his 100th Chelsea appearance.

And the Spain international proved pivotal, scoring in the seventh minute of first-half injury time – brought on by a nasty-looking head injury to Ryan Mason – prompting a typically fiery celebration in which he intimated that much of the talk doubting his future at Stamford Bridge was just that.

Cahill wrapped up the victory nine minutes from time to send Chelsea eight points clear at the top of the table, with Arsenal the only other team in the top six to pick up a win this weekend.

The Blues’ 13-game winning run at the back end of 2016 had been kick-started at the KCOM Stadium in October, but they were not at their best this time around in the face of stern resistance from Marco Silva’s men. 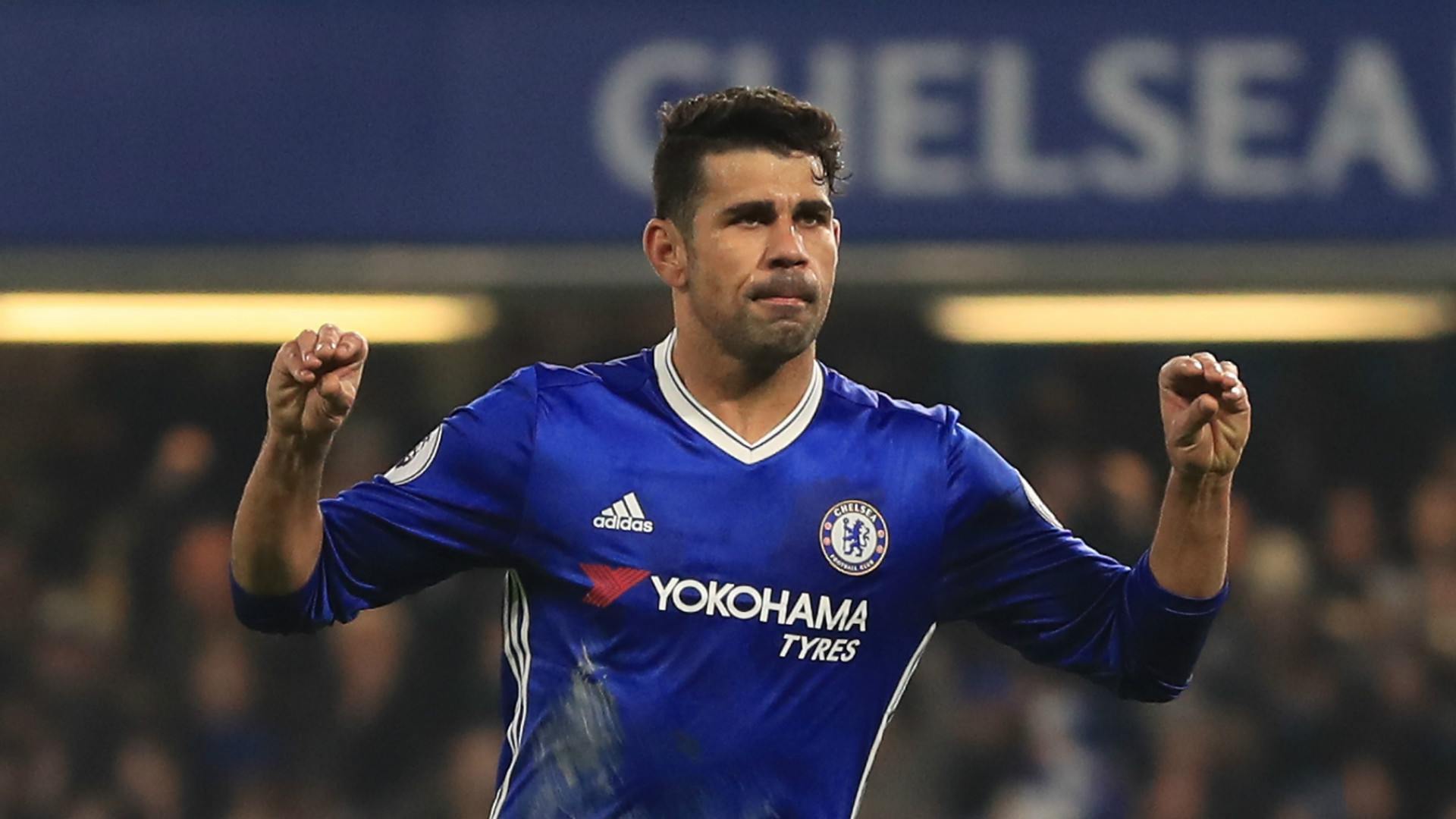 Harry Maguire was influential at both ends of the pitch, Thibaut Courtois was called into regular action and Hull were unlucky to not be awarded a second-half penalty.

Silva’s start to life at the club has been positive but a pre-match claim that it was proving “impossible” to keep in-demand top scorer Robert Snodgrass – injured for this match – in East Yorkshire could spell trouble.

This was another composed performance for Hull, although Costa immediately looked in the mood, drilling wide with just 10 seconds on the clock.

But the Blues could not keep their foot down early on, with Hull frustrating them until the game was punctuated by an eight-minute period of treatment for Mason after a clash of heads with Cahill.

Hull came out of that break strongly, Maguire marauding out of the back three to force a corner, from which he headed unchallenged at Courtois.

That scare sharpened the hosts. 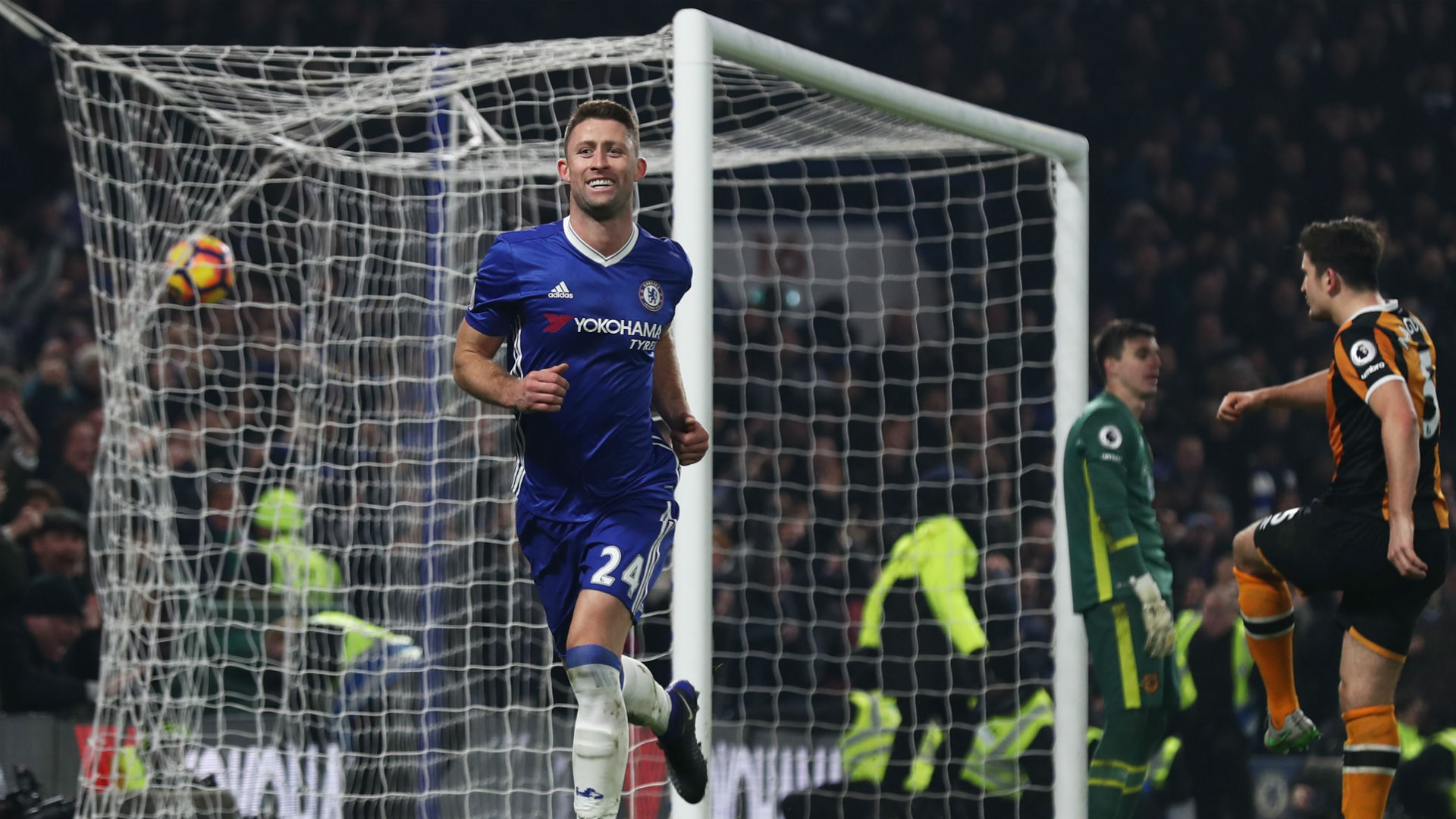 Marcos Alonso’s deflected shot had Eldin Jakupovic scrambling to keep the ball out of the top corner before Eden Hazard began to exert more influence over the game, hitting the byline to cause panic in the Tigers’ backline which saw debutant Omar Elabdellaoui stumble into Pedro – referee Neil Swarbrick waved away the penalty appeals.

Again Silva’s side hunkered down to stem Chelsea’s momentum and Maguire once more tested Courtois, this time with a thunderous 25-yard shot.

But the swollen amount of first-half stoppage time helped the Blues move ahead, Costa slamming home after Victor Moses had burst past Andy Robertson and immediately making his feelings on his situation known.

City were furious to see a clear foul on Abel Hernandez by Alonso in the area go unpunished five minutes into the second half before Courtois saved an effort from Mason’s replacement David Meyler and Costa had three shots in quick succession repelled with space opening up.

Curtis Davies limped off to further stretch Silva’s thinning resources and the visitors eventually ran out of steam, Cahill heading home unmarked to cap another Chelsea win that restores a healthy cushion at the top.

Opinion: As Another Religious Crisis is Averted in Osun... -Yinka Salaam