A fluent Liverpool moved second in the Premier League with a 2-1 win over West Bromwich Albion at Anfield on Saturday but will rue missing the prize of top spot a larger margin of victory would have secured.

Victory by at least two goals would have put Juergen Klopp’s side ahead of Arsenal and when Sadio Mane and Philippe Coutinho scored in the first half it looked good for the rampant Reds.

Mane volleyed in Roberto Firmino’s perfectly flighted pass after 20 minutes and with Liverpool attacking in waves Coutinho then showed great footwork to collect Mane’s pass and shoot past Ben Foster in the 35th minute.

Foster made superb saves from Dejan Lovren’s header and another Firmino effort to keep West Brom in touch and the visitors gained an unlikely lifeline in the 81st minute when Gareth McAuley volleyed home from close range.

Liverpool have 20 points from nine matches but Arsenal, who drew 0-0 at home to Middlesbrough, have a marginally better goal difference. Manchester City (19) can return to the top if they beat Southampton on Sunday.

“I am happy with the performance of my team. It is difficult against West Brom, so many balls in the air and they are so dangerous from set pieces,” Klopp, who took charge of his first Liverpool game just over a year ago, said.

“It would have been a joke if we had drawn today, it was unbelievable how we played. It was a good performance against a team like this. They were here to get something, but we never let them back into the game. 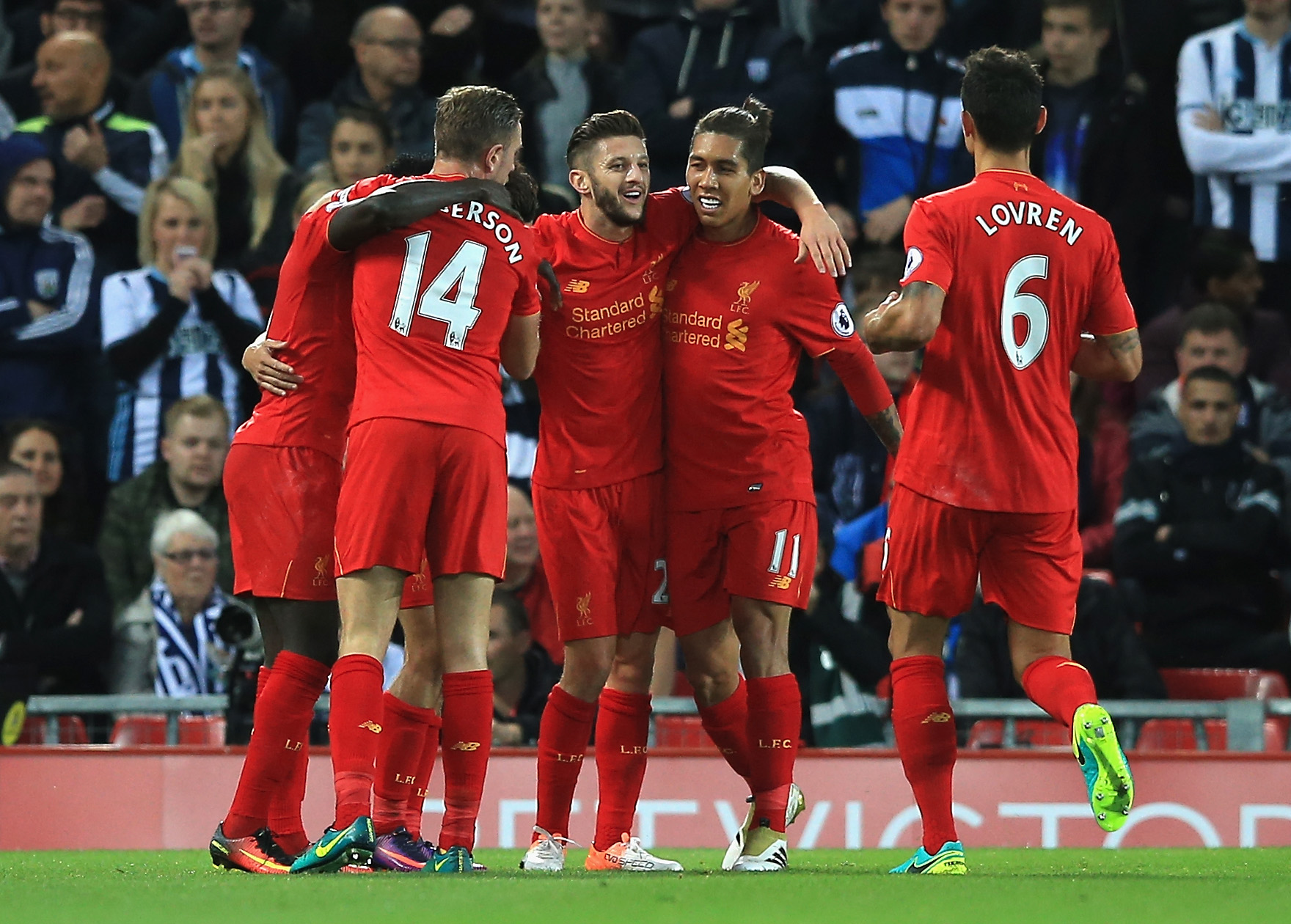 “We wasted a little bit of energy in the second half. We had to finish the game much earlier.”

With Anfield rocking, Liverpool came out flying and some of their football was exhilarating.

Coutinho was at the heart of their best moments and it was his dummy that helped set Firmino away down the left before the Brazilian’s dinked cross was met by the sliding Mane.

When Coutinho doubled the lead it looked as though Liverpool could run away with it but West Brom under Tony Pulis are made of sterner stuff and survived to make a match of it.

“In the first half we were OK, just two poor mistakes. It is quality at times when we get the ball, to get in their final third,” Pulis said.

“In the second half we had a go, it opened up at our end and Ben made some wonderful saves. We made changes, freshened it up and caused them problems.”

Sam Allardyce: the living embodiment of ‘The Greed Is Good League’