Nigerian security agents raided the offices of black market currency dealers on Thursday, detaining some dealers and ordering others to sell dollars at a lower rate in a bid to break the fall of the currency, dealers said.

The Central Bank of Nigeria has been unable to stop the naira’s slide on the black market, where importers go to buy dollars due to severe hard currency shortages in Africa’s biggest economy. 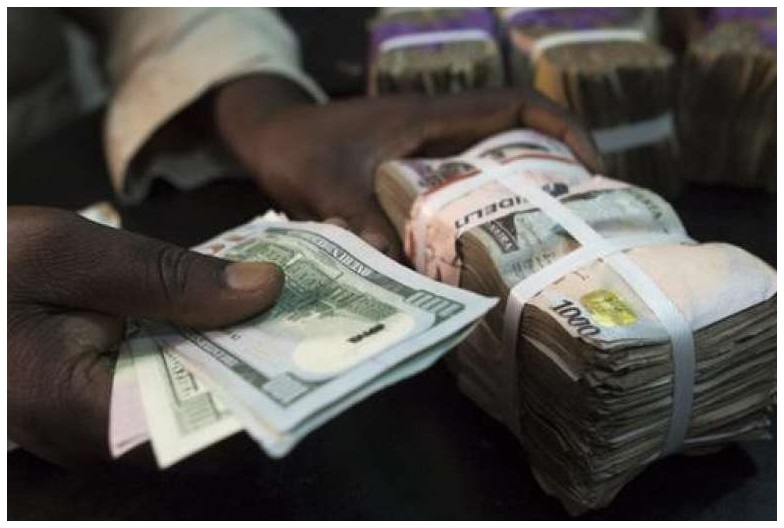 The country has been hammered by a slump in prices for oil, a key source of revenue – in the form of dollars.

The bank has kept the official naira rate to the dollar artificially high, effectively driving hard currency dealing away from commercial lenders and towards the black market, the real benchmark.

“The police and state security service officials are raiding black marketers in Lagos and Abuja to compel an appreciation of the naira,” Mallam Adamu, a bureau de change operator, told Reuters.

A source at the central bank declined to comment on the raids, saying only that the bank was concerned about the spread between the official and parallel market rate.

The currency is changing hands at 460 Naira per dollar on the black market, in contrast to the official rate of 305.5. The naira had regained some ground this week after dropping earlier from 470, but dealers said hard currency supplies were limited.

“We’ve stopped buying dollars from just anybody that walks into our shop due to the harassment from security agents and a directive from our association,” said a dealer, asking not to be named.

In June the central bank said it would float the naira but in reality, it has reinstated a dollar peg at 305.5 via its daily interventions on the official market.

The West African nation is in the middle of a recession as low oil prices have eroded public finances and hard currency reserves.

Last week a plant producing tomato paste, a staple in the national diet, closed eight months after opening, saying it had been unable to obtain hard currency to import raw materials, in a public embarrassment for President Muhammadu Buhari and his plan to diversify the economy.

MYSTERY MARKETS: Nigeria Can’t Decide What the Naira is Worth